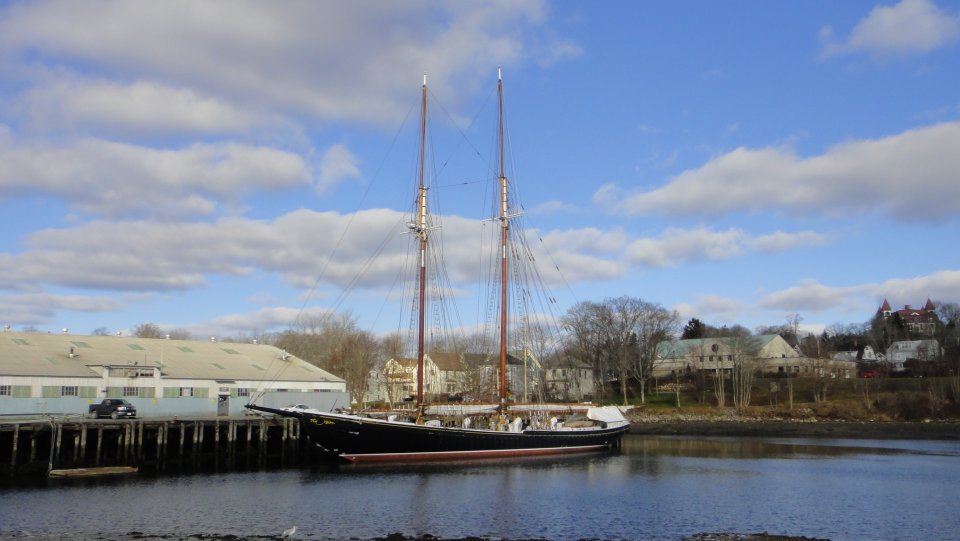 With the post here I’m now a bit behind because there is now several thing to write about. I wanted to write an article after new year but now I can probably better look back and said what I wanted. So to continue where I ended, a one beautiful day before Christmas I made a trip to Lunenburg, cosy fishing community with great atmosphere. At that day there was a Christmas craft sale and later also parade but I didn’t stay for that one. This city is a home-port of tall ship Bluenose II., the replica of original Bluenose which was used to win the International Fishermen’s Cup and it was able to keep it for several years. Also this is the ship which is on every ten cent coin and all newer license plates of Nova Scotia. And it is really a beauty as you can see on the following picture with bit of harbor in the background.

Another lovely day I went to north direction to see the coast of Atlantic ocean and I believe this was my first time ever on the coast directly and it was right on the stunning Lawerencetown beach. That day was sunny and sometimes with a cold wind blowing from the north and because now I’m scheduled to work from Thursday to Monday so I’m off during a working week and I could see all those places mostly deserted due to the fact that people are working. The coast here is just beautiful as I could already see on different places and I would say that it is for many people hidden gem of Canada or at least now in winter there is not that many tourist around.

Then I went several times to the Shubenacadie park and walked around great lakes which are so close to the place where I live now. I went for walk here also on the Christmas day as here the main celebration is on the following day and I thought about different things when I walked. Several people were asking me if I’m going home for Christmas and whether I don’t feel homesick and I was replying that I don’t and those are not going to be my first Christmas far away from my family. And just during this walk I though about that and I realized it’s probably not really homesick what I feel sometimes and it’s not one place only which I miss but all those great people I was lucky to met and those nice places where I have been with them. I know I would be able to bring them all to one place and on the other hand it makes me feel good when I know there are out there so many amazing peoples. When I arrived home I spent the Christmas night with guitars and wine and after all I had pleasant Christmas. The next day was of course with turkey and unwrapping of presents. Also now I can say that traveling somewhere by planes for this Christmas wasn’t the best as one of my friends went to visit her family in Europe and spent on the way which normally takes about 16 hours over 59 hours because several flight were canceled or delayed due to the snow and ice.

I have spent the most of the New Year Eve outside because there was nice party in front of town hall and this was 20th anniversary of this celebration on the same place. It was really cold but I was ready so I make it through with one warming break in a pub where I met some friends.

And on the New Year because it was great sunny day I made another trip this time again more in south direction where I visited York Redoubt, one of the original places of harbor defense system. It was expanded over the years but this defense was never really tested by enemy as it was impressive system and Halifax was one of the best protected harbors in the North America. The same day I discovered astonishing Crystal Crescent Beach and park which start there and I spent rest of the day walking there. I met also two hardy swimmers, they went here for a first swim of the year. They said water wasn’t as cold as they expected to be, but they didn’t looked forward going out of water as it was chilly and cold wind was blowing again. I took one picture during sunset and just looking at it you cannot say what is the season now because you cannot really see the frozen sand 🙂 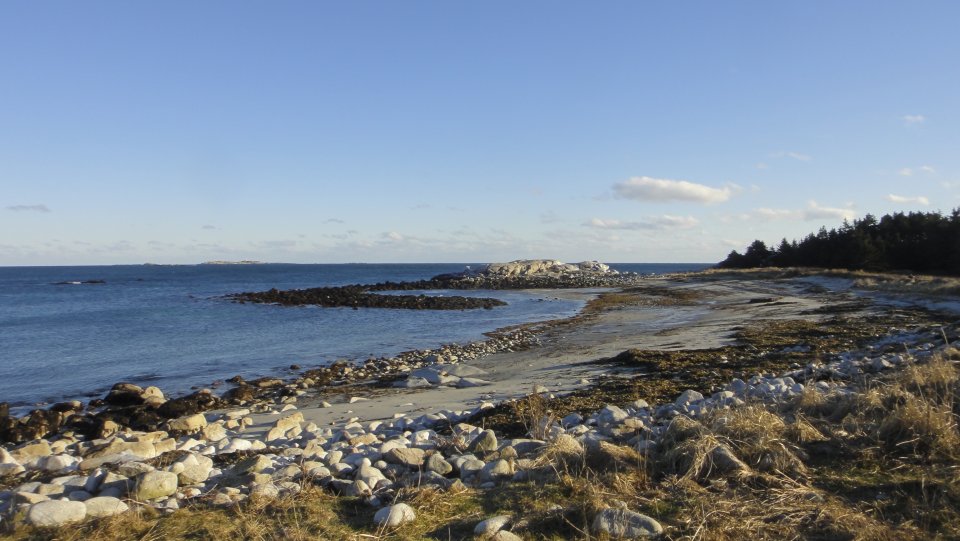 And last I visited famous Peggy’s Cove, a little fishing community around lighthouse which marks eastern entrance to St. Margaret’s Bay. I would definitely recommended visit here for anyone who loves geology or ocean. I have only one picture which I can use from my phone because I forgot my camera home and it was for change pretty windy day. 🙂 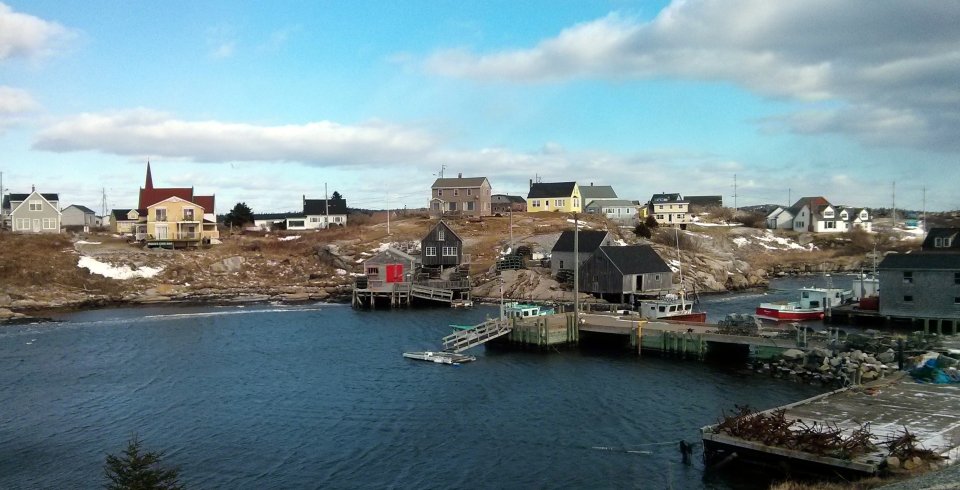