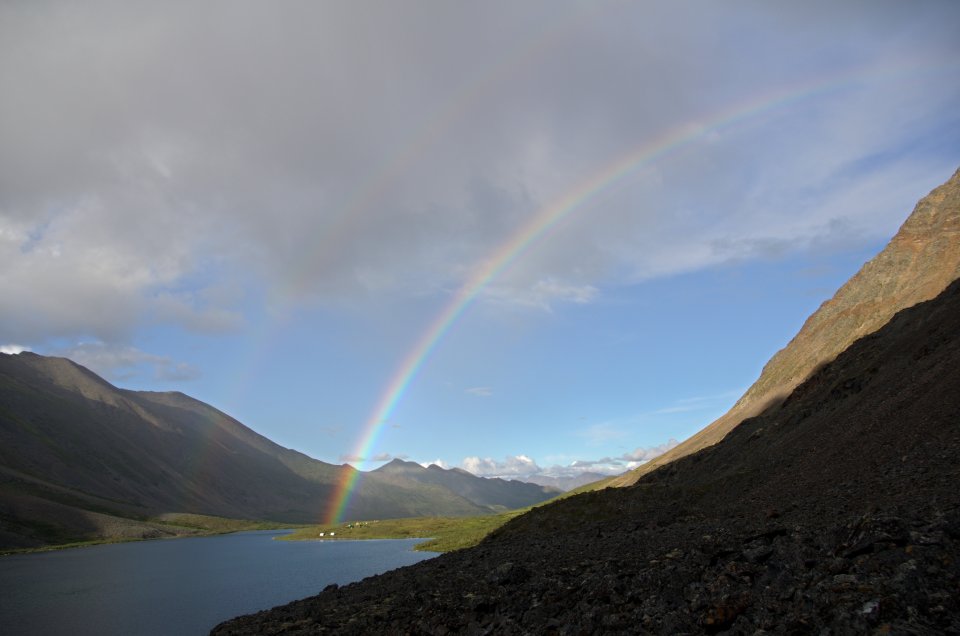 The time has come for a few more words about my travels. Once I left now alone again Whitehorse towards Dawson City I took it one more time to Mayo and back to see if I won’t be able to find my raincoat. It was probably blown away from open trunk of the car which gave us the last ride to Mayo and I didn’t found it anywhere around the road. So without it I turned this time further to get closer to Dawson.

But before the city I turned to Dempser Highway as I had plenty of time and I wanted to see Tomstone Park which is about 60 kilometers away from the Klondike Highway (one going to Dawson City). My friends recommended me to go to Talus Lake and back. It’s said to be about three to six days trip based on your speed and such. I planned this for three days and because I left after a lunch a bit of late on my first day I wanted to reach only camp at Grizzly Lake. Based on the information it should take six to eight hours but I probably walked faster then I thought as it took me only four hours and something and I didn’t really felt that I’m doing well at first. After supper I walked around the lake and took a picutre of double rainbow over the camp and dipped into the lake.

Rainbow over the campsite

Following day I crossed the ridge and reached camp at another astonishing place – Divided Lake since it was early I just build my tent, had a lunch and nap and then took only my camera, apple and bear spray and went to check the last lake on this established trail. At Talus lake I didn’t met anyone so I swam in this great lake and took some pictures and then returned back to Divided Lake camp.

I was thinking about some different hike back to car but since down the valley there are only bushes everywhere and it would increase a chance to meet and surprise a bear somewhere there I thought that I’ll rather take the same way back. But in the morning I talked to two guys and the were planning to try ridge path so no need to return back on Grizzly Lake trail and they spoke with someone previous day who was heading there so I decided to take the same path. This way I could see way more then from the bottom of the valley but I had to watch my steps as there was no trail here and it was as it is often with shortcuts, longer but worse road! Also I bruised myself a bit once I slipped on some small stones so I rather walked down to join the trail again.

To sleep on those established sites you should have a permit which you can secure online or they keep also four spots for walk-ins every morning and those you can get only at Tombstone Interpretative Centre some 20 kilometers further on Dempster from trail head.

In the Friday afternoon I reached the Dawson City where I wanted to see the Dawson City Music Festival which was happening here over the weekend. Also I met two Czech people and since they live here for a while and I spent a week there, I felt almost like local in this nice town. I was surprised how much you can do there as I didn’t get bored at all. I went to check Jack London’s Cabin and listened to story from the guide there and I could recommended that to anyone who have a time and want to know more. I also cooked my lunch here and for the first time my Czech sticker on car worked out as one girl from Czech who lives in Fairbanks talked to me and we visited together grave of Jan Welzl and she gave me a several tips on what to see in Alaska. 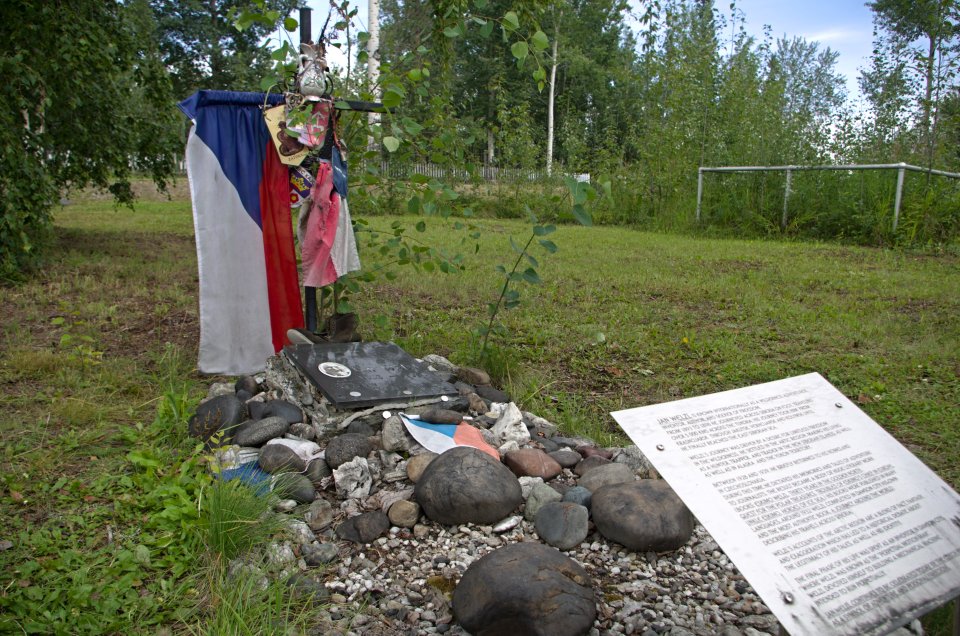 They let me in to Alaska without a problem only asking if I have something I want to leave or sell there. So far I only visited White Mountains based on her recommendation but weather was not good so I haven’t seen much and spent two days in the car waiting for something better. It didn’t worked out so I returned to Fairbanks and now I’m again ready for another adventure. From now on I’m heading south towards Denali and Anchorage. More about my experience from Alaska next time.