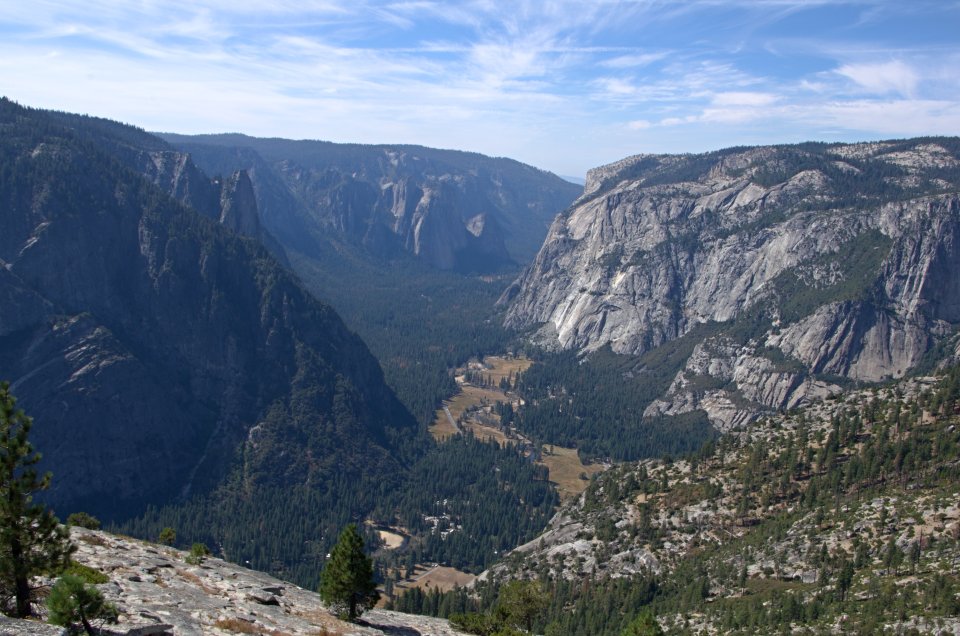 In my last post I mentioned that we are in San Francisco and we’re heading to Yosemite but pictures from there are under this article now.

Now in Yosemite we visited first two sequoia grove on the north side of the park before famous valley and then we found a spot in camp and later took one other guy to join us as the camp was full. In the morning we all went to viewpoint on the top of North Dome from where we had whole valley on plain sight under us as well as famous Half Dome. Next day we went to hike Mist Trail to see only two waterfalls with some water. The weather was great and there was a lot of people everywhere. Then we drove to Yosemite Village where we bought some food and saw a movie in visitor centre and then after seeing El Capitain left park on south entrance as we planned to reach Kings Canyon and Sequoia National Park.

In Kings Canyon we could go only to Grant Grove as most of the park was closed due to wildfire so we went there to see some giant sequoias and then we saw even more in Sequoia National Park. Then we left the forest and crossed mountains of Sierra Nevada to reach Death Valley.

Here thanks to high mountain and low valley floor which is sometimes even under sea level is very warm and on our visit the maximum temperature we encountered was 44 degrees Celsius and warm wind so it felt like looking to dryer. We saw here sand dunes, remains after borax mining and also the lowest point in north america – Badwater Basin.

After we left the valley, temperatures got a bit better and we saw also beautiful sunset.