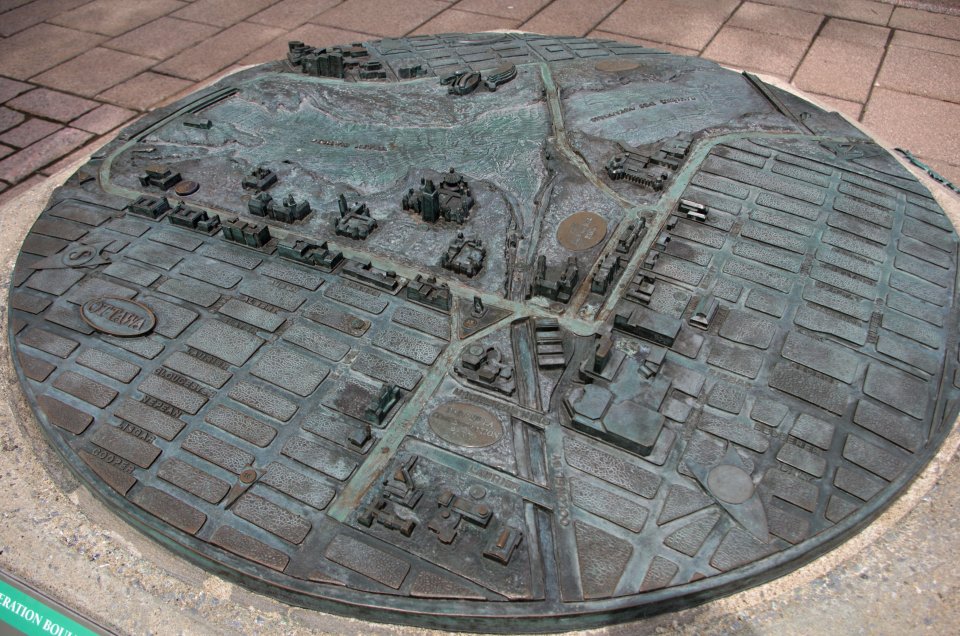 After a long time I have finally something to write about. My work permit for Canada is going to expire in middle of August but because I haven’t seen much of the country yet I decided to quit my job sooner and start a journey across America. At first I will cross almost whole country up to Yukon where a few more friends will join me and we will head o wilderness.

My last day at work was on Friday, June 12th and on Saturday I already started my journey. This article I am actually writing almost at the end of this trip as I am camping at Tetsa River Reginal Park in British Columbia about 900 kilometres from my destination to Whithorse. There we will meet and go for canoeing at Snake River.

My trip is going so far without any troubles and I drive every day about 500 kilometres with only exception when on first day I did over 1,300 from Halifax up to Montreal. I did this since I was up there already twice so there was no need to stop often to see places around the road.

After that long drive I tried to find some quiet place where I could sleep in Laval and once I thought I found it, local police came and told me I can’t stay there. However, they were so nice that after checking my ID and then something in their computer they show me to Walmart parking lot where I could stay without problem. I do appreciate this help since I was tired and I’m not familiar with this area.

Just on following day I arrived to Ottawa, where I checked the city centre and river walk. I was pleasantly surprised how well they planned bicycle trails in the city and how many people use them on Sunday. Overall I had a good feeling from this city and that did not happened many times yet.

I left Ottawa after lunch and took direction to Algonquin Park. On my way there I looked up on the Internet camping prices there and since it was over $40 per place and night I rather slowed down and slept outside of the park ner to Carson Lake.

Then on Monday morning I arrived to the park where I paid $17 for one day car permit and asked what I should not miss from the place. Equipped with information and permit I went on my discovery route. This early in season and on a week day there was almost no one else here and I could enjoy all the places. The only problem were hungry and desperate mosquitoes. There was a lot of them almost everywhere and I couldn’t stop anywhere for long otherwise they would eat me alive. They were so desperate that they even tried drink my blood from palms of my hands which I never encounter before. Even application of repellent didn’t helped that much as they found other places and I haven’t been bitten so many times in such a short time ever before. Although I had a first chance to swim in a lake here and I didn’t miss it :-).

From there I continued to North Bay where I found again Walmart and went to check the city a bit. I liked the lake front walk and beach they have along the coast of Lake Nipissing (it means “small water” in local first nation language). On Tuesday I passes through Sudbury which remained my my home town Ostrava due to mines and chimneys and the atmosphere of industrial city. This place produce a lot of nickel and copper. While based on what I read about it had to be way worse several years back as the industry produced an acidic rains and those destroyed most of the vegetation around and the surrounding of the city were know to be a huge wasteland.

Then from here around Lake Huron I reached Sault Ste. Marie and from there then north around Lake Superior. I have to say that part of the road was the best I have seen up to then. This is because of great sights of Lake Superior itself and the hilly landscape around it. I swam in the lake at Batchwana Bay and spent a night at lookout which is not being maintained any more near by. 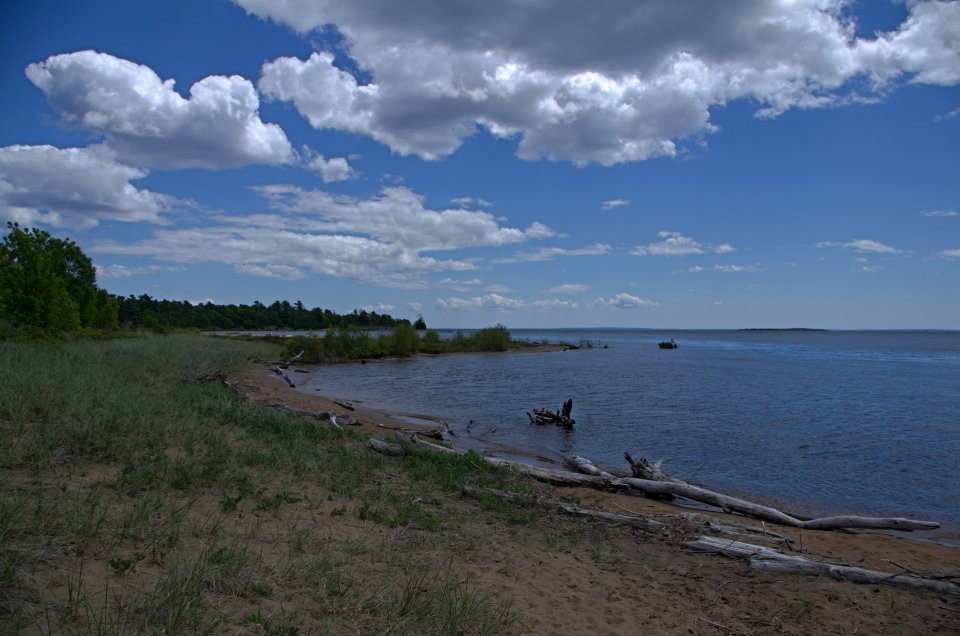 Next day I kept circling the lake up to Thunder Bay. Nearby the city is Terry Fox memorial as that is the place where he had to give up his cross-country run because the cancer he was fighting with returned and reached his lungs as well. He never finished his run, but he raised public awareness and also money for research and care. Somewhere after the city I crossed another time zone so I reached up to Ignace.

On the following day I crossed border to Manitoba and one I drive through Winnipeg, where I did not found any reason to stop, I decided to turn north and drive through Riding Mountain National Mark and night I spent close to Rainbow Beach Provincial Park.

After this turn from shortest path I took a west direction again and through Saskatoon, already in Saskatchewan I drove up to Battleford where I spent a night before reaching Edmonton.

About Edmonton I can say that parks they have are great but I did not found the city as likable as the parks. It’s true I have seen just a small part of it but I’m still happy I decided first to go to Vancouver and then I got to Halifax. 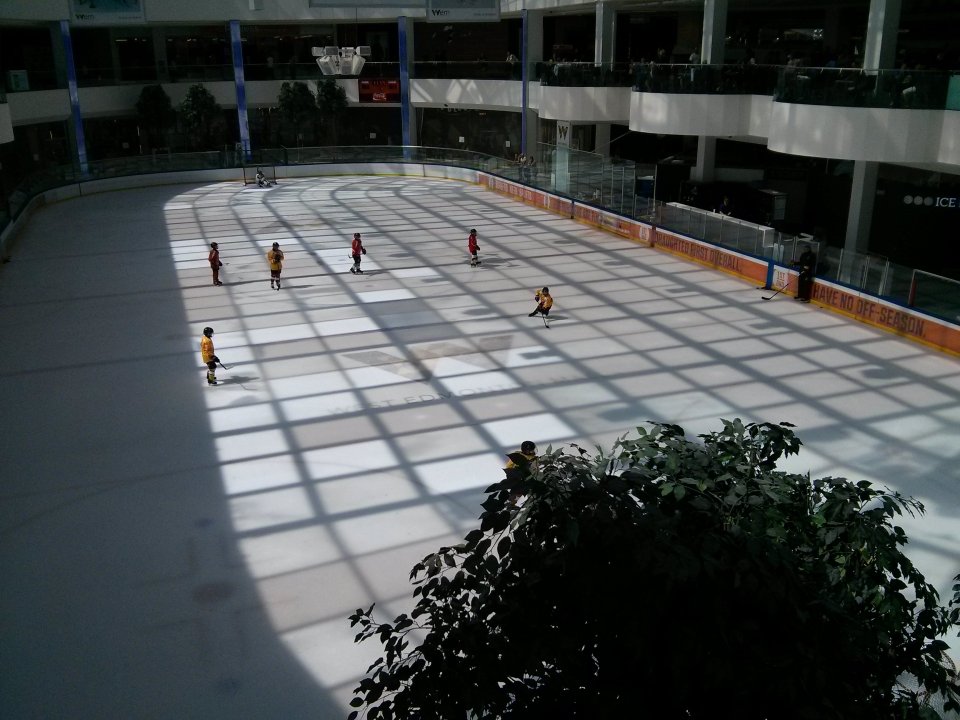 Rink in a mall

During my way through different provinces I realized that in Quebec and Ontario drivers don’t speed limits too seriously even though there are many police cars to be seen. While in Manitoba and Saskatchewan they mostly stay at limits and I haven’t seen almost any police cars there. Then in Alberta it is somewhere in between those two.

That is it for today, I am going further. More to follow later.