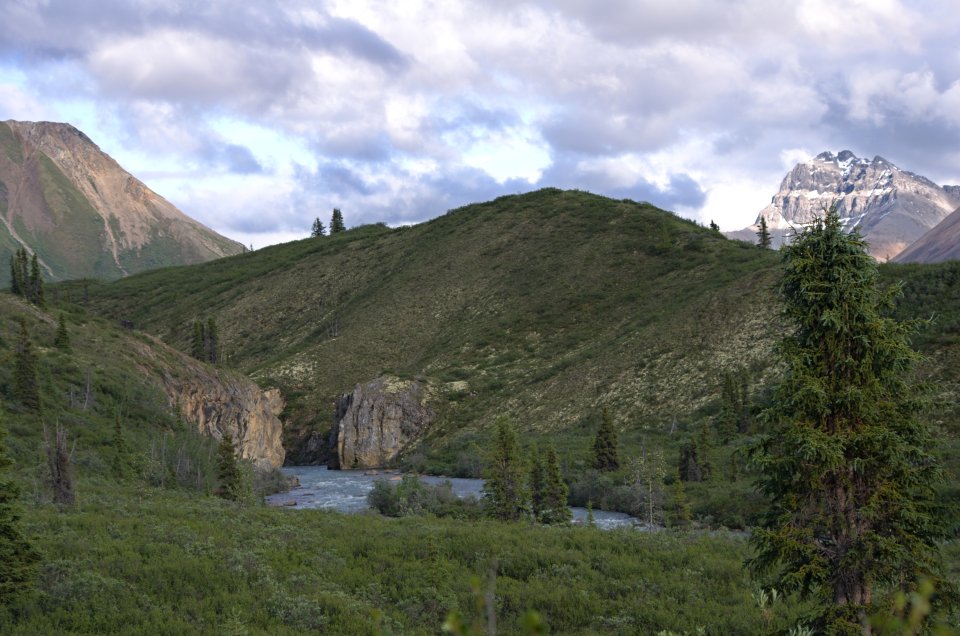 So, I’m back in civilization and have some time to write about my experience from a last few weeks. To Whitehorse arrived five friends from the Czech Republic and after necessary shopping for supplies we have done two trips in my card and moved everything and everyone to Mayo. After a night there we were taken by float plane and in about 50 minutes we have been with all of our equipment and supplies at Duo Lakes.

Once the plane departed we realized that now we have only way how to get back and that is forward. Our plan was to go down by Snake River which joins Peel River after about 300 kilometers and then another 200 kilometers to Fort McPherson. There the river crosses with Dempster Highway. From there then we wanted to hitchhike back to Whitehorse and Mayo.

After a briefing on lake shore we pitched our tents near by and went for a hike to nearby valley to check our surroundings. Since now we were a bit further north we didn’t need to be afraid of getting lost here as there is always lots of light. The sun is not visible after sunset but still there is a lot of light and probably since I camped in northern British Columbia I didn’t seen real dark as even in 2 AM there is plenty of light everywhere. There are no established trails or paths here so we used the wildlife trails and walked through the low bushes and trees which are plentiful there. Then on our way back to the camp we saw a grizzly bear but he was really afraid of us since he run away until we lost him from our sight.

Then on next day we slept until late as it was raining outside and we kept hoping it will stop if we wait, it didn’t and after breakfast we started to portage our stuff to Snake River, it is about three kilometers. We were able to move all of our things to the river in two walks and once we finished that and inflated our two canoes and a kayak we also made our dinner there. 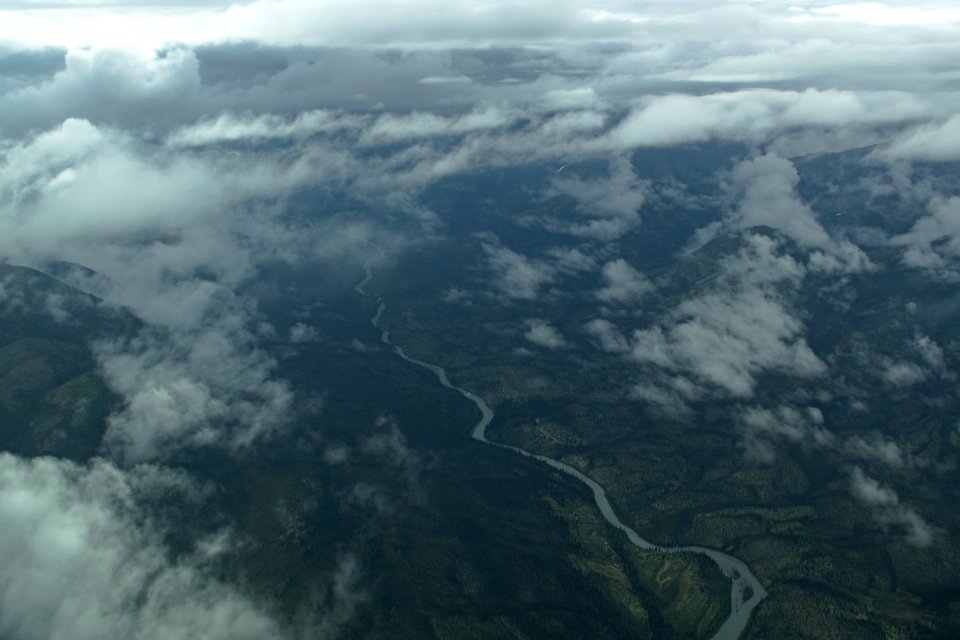 Based on the information we had the first day should be the most difficult and it proved to be true. After about an hour canoeing we reached to turns where river was blocked by steep cliffs, the river here was swift and there was a high volume of water due to recent rains. We did without accidents first two turns and that gave us some confidence for the third. This third turn showed us its strength as both crews of canoes were dipped into the cold water but luckily we didn’t loose any of our equipment. I was on one of the canoe and since this was my first canoeing on river I had experienced all what is possible in this first day :-). Whats more after the experience we were loosing strength and also were getting cold since we were mostly soaked. So we stopped this they shortly once we found nice and sunny place at Reptile Creek. There we unpacked all of our wet things and dried them as much as possible.

The following day was again cloudy with drizzles but we saw a moose bull before he hide at the vegetation which is surrounding banks of the river.
We made one longer stop at Milky Creek where was a great spot for camping and from there we hiked to valley to get under Mount MacDonald where we saw one caribou.

There was one more difficult canyon down on the river where we decided to portage all of our stuff rather then shoot it through and since there are established trails there we were not definitely the only one.

Almost at the end of the river there were some big waves but thanks to rains in the mountains and fact that water was high we were able to go around those pretty safely.

Then once Snake River joined Peel River we continued thanks to good weather for four more days on it to ferry near by Fort McPherson.

There is a camp a kilometre away with hot showers where we spent a night. 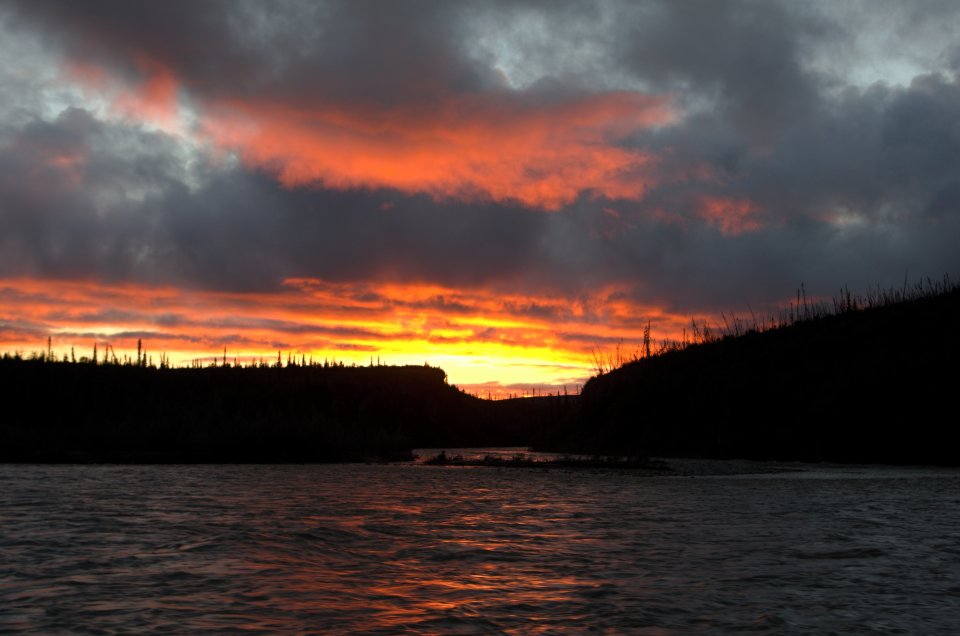 So this was end of our river adventure but there was one more ahead of us, to get from here some thousand kilometers back to Whitehorse. As this road is not frequently used as Dempster Highway is the only road in Canada crossing the Arctic Circle and leading to a few communities. So we spitted to three groups to higher our chances to get a ride. Because only me and my friend were going to Mayo to pick up my car and we had more stuff then other and another friend of mine needed to be at Whitehorse to catch a flight on July 19th we were the last one to leave to try and first day only two other groups made it out of our spot. However, the next day after three o’clock we were picked by couple from Ontario with truck and trailer and they took us with three flat tires on their trailer to crossroad to Mayo from where we got a ride with one of the pilot of the company which took us to our starting point. Once we picked up my car and spent night in a park and in the morning drove to near by Keno Ciny and in the evening met again rest of the group in Whitehorse.

When I was finishing this post in the Czech I was again alone in Whitehorse but now I am about on Top of the World Highway after I spent great week in Dawson City and their music festival. But about that I’ll write next time.