Now it’s time for another short post about my travels. We started to head east from Seattle in direction to Glacier national park. On our way there we found out that is going to be rainy and we can’t expect any good weather for next couple of days. We were both amazed how much they have build here to make those spectacular places accessible for almost anyone and up to where the road goes. As I said weather got worse but anyway we still saw a lot. Unfortunately a huge part of park was closed due to wild fire which hit a big part of the park. However, here it’s part of natural circle and many species rely on those fires.

Our next park was Yellowstone, the most famous by its geothermal activity and it should be a place with most of the geysers and hot pools in the world. Just before the park once we were looking for place to stay there some little plastic park broke in my car gearbox and I could not change it from parking. Thanks to the YouTube my friend Vojta found an easy work around for this and we are using it ever since. I cannot say I didn’t like the park itself but I have to say I did enjoyed more the Grand Tetons which is just south of Yellowstone. Maybe it was due to weather as we got some sunshine at Grand Tetons and it showed us beautiful fall colors. I guess with a good weather both of them would provide a memorable experiences, maybe next time :-). Once we left Tetons and headed back to west coast through Oregon we met Craters of Moon National Monument where we saw lava tubes made by eruption two thousand years ago and it the whole park was amazing. Maybe it was because we woke up early and we had the whole place for ourselves. 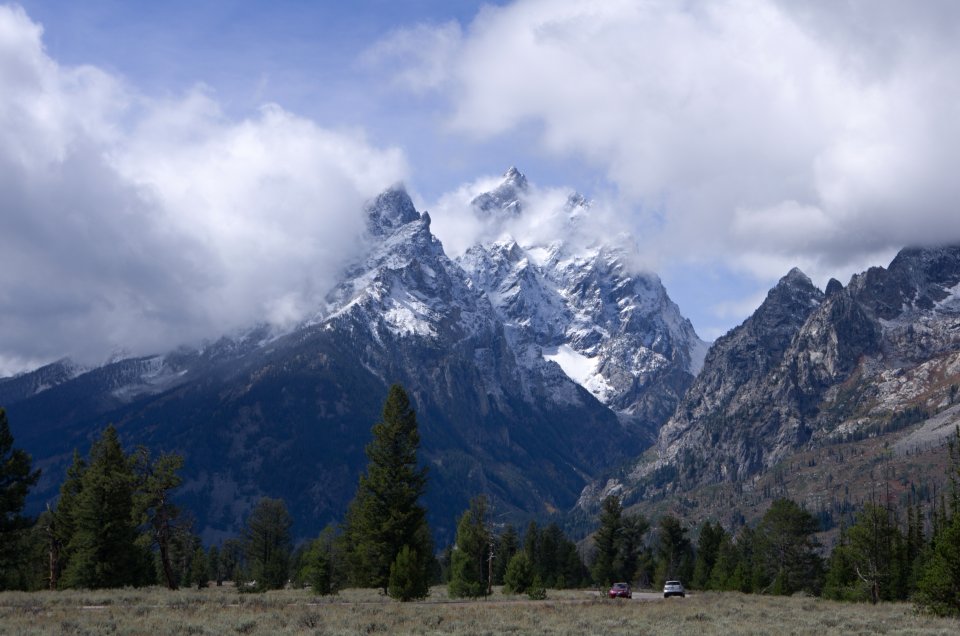 Through Oregon and Newberry Volcano National Monument where we checked the lakes and huge obsidian flow (volcanic glass) we reached the coast and along it we went south.

We had several foggy mornings and could not see so much but this road is winding along the coast and it was much more enjoyable then freeway. It wasn’t the best for fuel efficiency but still I would go around here again. By this road we reached to California where we checked out Point Reyes just before San Francisco but weather was still foggy and I bet it will be way better with nice weather.

On our arrival to San Francisco we stopped first at park at the north side of famous Golden Gate bridge and took some pictures but it was hiding in fog as well. After lunch we went to check the city where we walked in the centre and then went for night to Walmart parking lot in Moutainview. In the morning we went to see nearby Googleplex and then left city in direction to Yosemite valley.

About that you can read in my next post once I finish work on pictures.