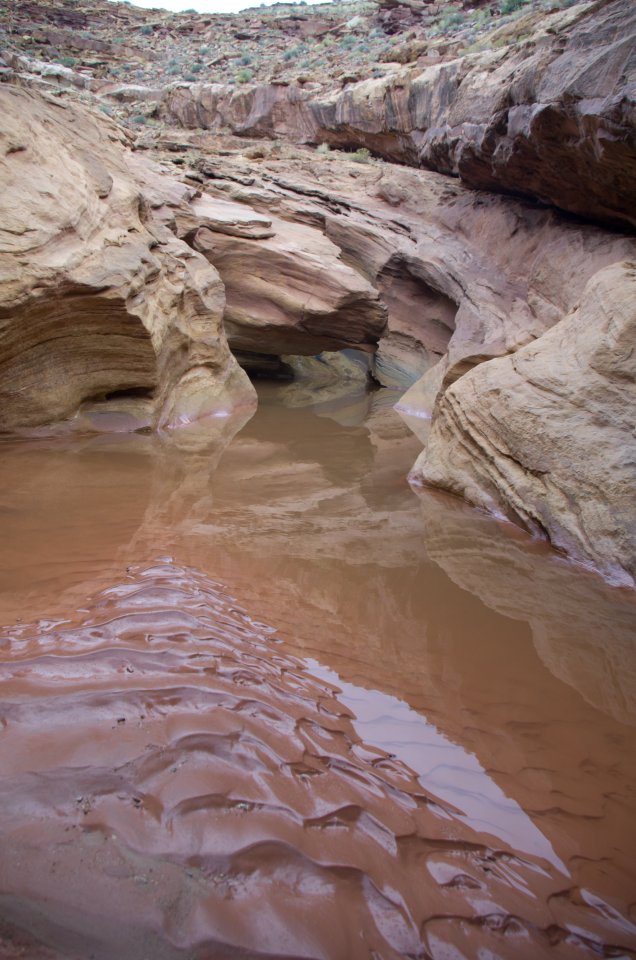 Our next destination on this road had been Capitol Reef National Park. This valley was one of place where civilization flourished since ancient times as there are some petroglyphs on the nearby rocks and then later there were fruit orchards planted by later settlers as this was a good place and they are still there and bear fruits.

Then we went to one great place my friend told me about which is next to Goblin Valley State Park. It’s called Little Wild Horse Canyon and also Bell Canyon. Those two are easily accessible slot canyons where you can go to explore them even if you are not having equipment for canyoning. We were there after a rainy day so there was a water in the canyons so we didn’t finished whole loop since we didn’t wanted to get too much wet. Anyway this was an experience we were looking for and both canyons were breathtaking. All the colors and shapes the water created here in the sandstones are just amazing. However, it won’t be probably a good idea to go with a big backpack as there are many tight places in both canyons.

After this we went to see Canyonlads, yet another park full of amazing canyons and we were sorry that we don’t have a jeep as there are some great trails but only for high-clearance, all wheel drive vehicles.

On the following day we paid a visit to Arches as it should have the most arches and windows in one place and also there is the most famous one – Delicate Arch which is on Utah licence plates. We planned to do a loop hike there in part called Devil’s Garden but we missed the place where it worked as we got occupied by Landscape Arch, the longest of those still standing. 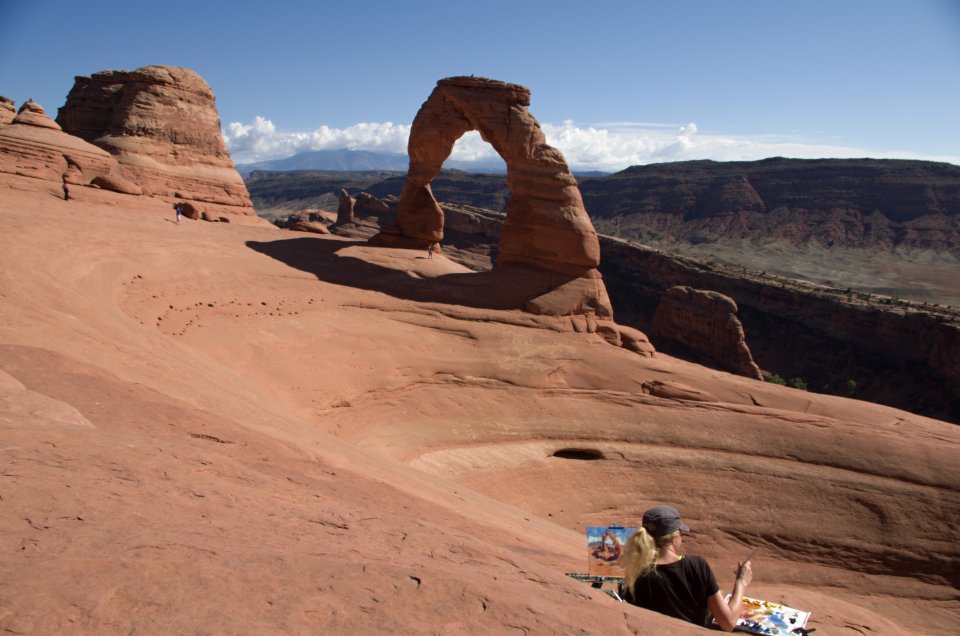 From here we went to see a Needles Overlook which wasn’t on our map but I have found about it at map in rest area nearby. In the morning we drove to another part of Canyonlands called Needles because of formation which are common here. This valley was settled also in prehistoric times as there is a Newspaper Rock, rock with many petroglyphs left by different people in different epochs. Also there are ruins of granary of old puebloans and Cowboy Camp. Also we went to see nearby Goosenecks on one Colorado tributary – San Juan river. 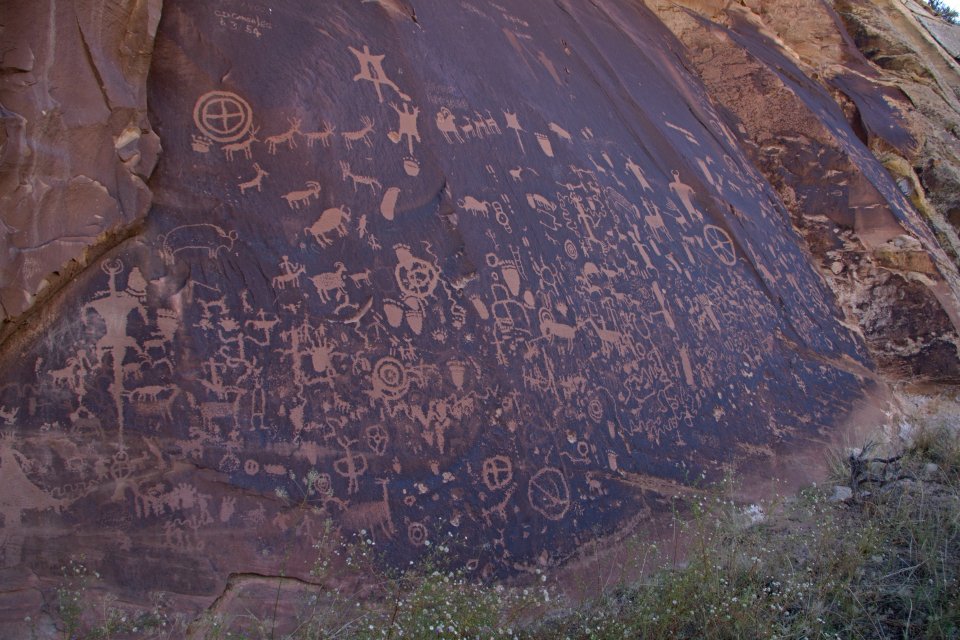 Following day we went to see Monument Valley. It is not a national park but tribal as it is at land which belongs to Navajo tribe and they maintain the roads and visitor centre and charging a fee to visit the place which is not a valley as name would suggest. Here we saw many well know rocks as they were scenery used in many westerns as well as movies and commercials. 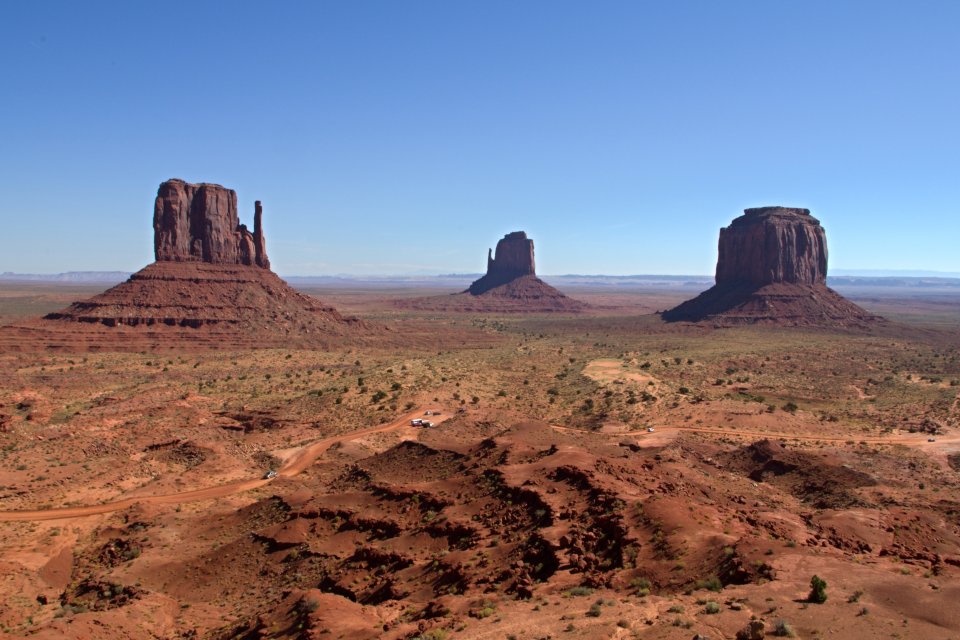 Our last planned part of southwest and on this journey was Mesa Verde (means green table in Spanish). It contains several well conserved pueblos and temples of Ancestral Pueblo people. They have moved more south before year 1300 from not yet known reasons but at their time this area had to be full of life as there are many cliff dwellings as well as some on the top of the cliffs. You have to awe what they were able to build and wonder how it had to be live here at their time. It was definitely a place worth of visit where I was thinking how different they culture was to ours and still so close. 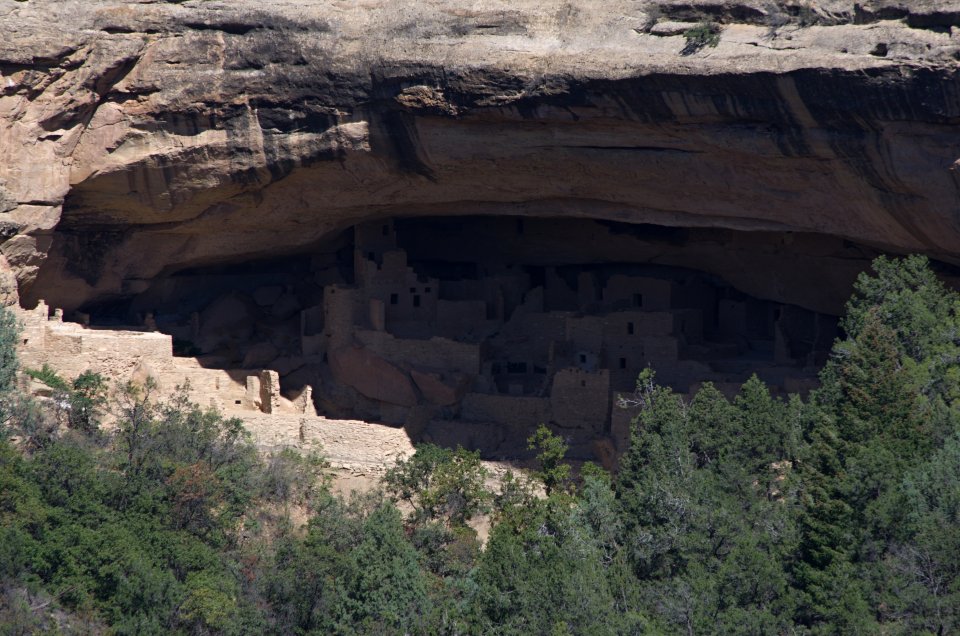